Audiovisual hiring took a plunge at many firms this year, but it is starting to accelerate again as job sites reopen. We offer tips for hiring and more.

While hiring great talent has always been an issue in the pro AV integration industry, COVID-19’s impact on the economy meant the idea of hiring was simply out of the question for many integration firms — and still is, depending on who you’re asking.

Audiovisual hiring came to a halt months ago at many firms, but now we’re wondering if things are returning to normal, or at least a semblance of it.

It seems the answer is: kind of.

We conducted a small survey on Twitter with random integration firms of varying sizes, inquiring as to where they stand right now with AV hiring.

Almost 43% of them said they’re slowly and cautiously beginning to hire again.

That’s the majority response, with 14% saying they are aggressively hiring again, and 7% saying their hiring habits stayed the same during the pandemic.

Only 35.7% said they aren’t ready to bring on new employees yet.

Admittedly, the 14 individuals who answered our survey isn’t much of a sample size, but we were glad to see that audiovisual hiring is even on the radar right now for integrators in a time where almost everything else about working seems so unpredictable. 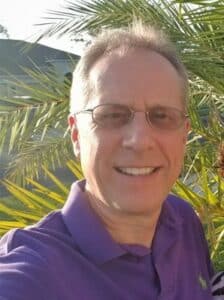 Jeff Ashachik of the hiring firm HireSparks echoes these findings — he says he’s seen some of his integrator clients simply reorganize how they do work (each person in their own section of a warehouse, etc.). But others had to let go 70% of their workforce.

“I’d like to think we’re over the really bad part, with different job sites beginning to open back up. Some sales reps, though, were let go recently, especially on the manufacturing side,” Ashachik says.

Ashachik notes that many of his integrator clients are using COVID-19 as an excuse to prune their workforce by examining those who are underperforming and letting go of them.

For those who are going back to work, they’re seeing incredibly empty — and therefore, more efficient — work sites.

“It doesn’t seem very proportional, but we’re seeing higher-level sales positions open up again. It seems like integration firms are using this as a springboard.”

Most importantly, he says, firms that have stayed in regular communications with their customers have done the best financially and are in a better position to hire.

Tips for audiovisual hiring in an unpredictable economy

Yes, you just read this above, but it bears repeating: the only way you can be sure that a new hire is a good idea is to first ensure you continue to build relationships with clients. Be creative and persistent here, then let your new hires impress.

HireSparks and other similar firms offers a service where you can sign up ahead of time — that is, before you really need a position filled — giving them lots of lead time to get to know your company’s needs.

But what about if you’re already interviewing candidates?

Look at the person and their work history: do they have longevity? Do they hop around jobs a lot? Are they young in their career — which would make the latter more understandable — or are they just “jumpy”? If they are, you may not want to hire them in such an uncertain time.

Look for open-minded people, and people who have a good answer for “what did you do with your time in the last few months?”

Hiring managers get pummeled with people who are not great candidates. LinkedIn is great at casting a wide net, but it can’t narrow that net like an agency (such as HireSparks) can.

They don’t necessarily need to have a degree, but have they committed to something? Did they complete something? Positive, well-thought-out answers here are a good sign.